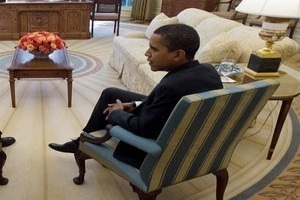 In his first big speech after his swearing in as the new US Labor Chief last week, Thomas Perez yesterday vowed to work on comprehensive immigration reform as well as the implementation of brand new healthcare laws and higher minimum wage with President Barack Obama.

The son of Dominican immigrants, the 51-year-old told Reuters during an interview that he intends for his Labor Department to be a tough enforcer of laws and to pursue the sort of litigation that previously yielded a record-breaking haul of $280 million worth of back pay for workers last year. He says that the department will be confronting income inequality, and he intends to make sure that the playing field is made level for all workers.

“As we emerge from the worst recession of our lifetime, I will make it my top priority to expand opportunity,” Perez insists. The new Labor Chief spoke to more than 1,600 people who were gathered at Los Angeles’ AFL-CIO convention, describing a “direct relationship” between organized labor and the economic security of middle class workers. He added that the comprehensive bill on immigration reform that the US Senate passed back in June would assist workers and employers by easing a skills gap in the work force.

“As we pass immigration reform, we’re going to enhance opportunities in a lot of these high demand areas because we have a treasure trove of people who simply need to address their immigration status,” Perez notes.