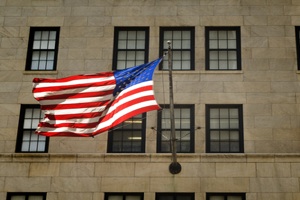 Immigration reform is one of the top priorities for the second term of US President Barack Obama but in order for him to be able to get a far-reaching package successfully passed, he needs to convince lawmakers that the Mexican border has been secured, and that may well be easier said than done.

The numbers of undocumented immigrants that have been apprehended at the border have fallen by as much as 50% since 2008, dropping to just 365,000 people as of 2012.  The Obama administration is citing those figures as evidence that their current border security measures are working.  At the moment the deportation of illegal immigrants, especially those who have criminal records – which is a key goal of the government – stands at around 400,000 per annum.

The government’s optimism has, however, been dampened thanks to a report that was sent to the US House of Representatives by the Government Accountability Office, the investigative office of the US Congress, which claims that the amount of people who have been apprehended at the border “provides some useful information, but does not position the department to be able to report on how effective its goals are at securing the border.”

Congressional Research Service immigration policy expert Marc Rosenblum also points out that the border is so large and diverse that is there no one reliable and accurate indicator that can offer “ a score” when it comes to enforcing that border.  Republicans have made it clear they will not support immigration reform unless they are convinced of the border’s security.