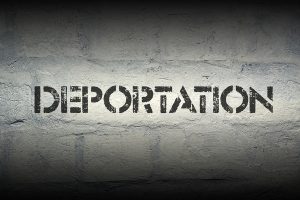 The Department of Justice announced on Wednesday that a Mexican national, who had become a legal citizen of the US, has been stripped of her citizenship after running a fraudulent scheme targeting undocumented immigrants and pretending to be an immigration officer.

53-year-old Araceli Martinez was forced to return her naturalization certificate and barred from claiming any benefits or rights associated with US citizenship. The order was entered on 21 August by Judge R. Gary Klausner, for the Central District of California after a petition from lawyers from Immigration and Customs Enforcement (ICE) and prosecutors in the Civil Division of the Department of Justice. Thomas Homan, the acting director of ICE, says that the order sends a message to those who commit naturalization fraud, that they will be held responsible for such fraud by ICE and their partners at the District Court Section of the Office of Immigration Litigation in the Justice Department.

The complaint to revoke citizenship states that between June 2011 and March 2012, Martinez pretended to be an immigration officer, convincing undocumented immigrants that she could aid them in their quest to gain legal status in the US. Martinez defrauded thousands of dollars from her victims without once submitting any legal paperwork for them, prosecutors say.

At the same time as the fraud, Martinez was also applying to gain US citizenship, swearing under oath that she had never committed any crime for which she had not been caught. That false testimony was the key to revoking her citizenship.