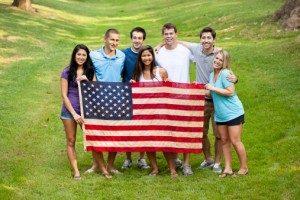 Federal prosecution records are collected and studied by the Transaction Records Clearinghouse (TRAC) from Syracuse University, which is situated in New York.  These researchers have discovered that the United States government is now losing more deportation cases every year from 2009 onwards, with almost 50% of those immigrants who have faced being deported winning their cases in front of an immigration judge, the highest success rate for over 20 years.

President Barack Obama promised to reform the country’s immigration laws in both of his presidential campaigns and created the Deferred Action for Childhood Immigrants program in 2012 to prevent the children of immigrants from the threat of deportation.  The plan enabled thousands of undocumented immigrant youngsters to remain in the United States for two years and to be able to gain a work permit.

More recently, the President has also issued orders enabling immigration authorities to make use of their own discretion when deciding whether or not to deport undocumented immigrants.  Immigrant rights advocates are convinced that such individuals pose no threat to public safety or national security and should be allowed to remain in the United States together with their loved ones.

Despite these measures, however, as many as almost two million immigrants have been deported under the Obama administration by Immigration and Customs Enforcement, although the TRAC report indicates that more and more immigration judges are ruling in favor of immigrants, particularly in states such as California, Oregon and New York.