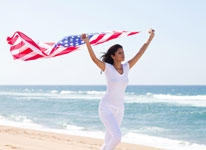 Little attention was given to Latin America during the recent US Presidential election but the region is now hoping that the re-elected President Barack Obama will look to the south and tweak the nation’s policies on issues such as the drug war, Cuba and immigration.

The Democrat was congratulated for winning another four-year term in office by regional leaders, though some were quick to highlight the fact that his victory over Republican Mitt Romney was at least in part owed to the growing Hispanic population of the United States.

The great majority have called for deeper ties, while others want Obama to focus more of his attention on trade and not so much on the drug war.  Others are pleading for a change in policy regarding Cuba after decades of a US embargo.  However, with as many as 10.5 million illegal immigrants living in the United States, with the great majority being from Mexico, Latin America and other nations, they have been lobbying for years now for Washington to make it easier for them to become American citizens.

While securing over two thirds of the Latino vote, the community has nonetheless been disappointed by Obama’s failure to keep his promise to act on comprehensive immigration reform.  “Ecuador congratulates President Barack Obama on his victory and asks him to always remember the significant Latino vote,” says the Deputy Foreign Minister of Ecuador, Marco Albuja.  Immigration is “very high” on the priority list, according to US Senate Majority Leader Harry Reid.