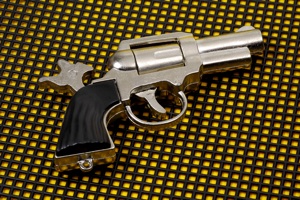 Nassau County law enforcement officials have urged immigrant witnesses and victims of crimes to come forward, announcing yesterday that they intend to encourage immigrants to co-operate with the authorities so that the perpetrators can be successfully prosecuted.

At a news conference Madeline Singas, the acting assistant district attorney of Nassau County, said that an assistant DA will be appointed to concentrate on the issue. “Open communication and a sense of trust among victims, witnesses and the criminal justice system is essential to effective prosecution, regardless of the languages spoken or documentation status of victims and witnesses,” she declared. Singas was joined by other officials, including law enforcement officers from the country.

Singas admitted that immigrants ‒ particularly undocumented immigrants ‒ are frequently the target of unscrupulous landlords, employers and con artists. Immigrants are often targeted because they are far less likely than US citizens to come forward as witnesses to the authorities, either because they are afraid of law enforcement or due to difficulties with the language barrier; however, Thomas Krumpter, the acting police commissioner, said that it is department policy not to inquire about people’s immigration status.

Silvia Pastor Finkelstein, who is fluent in both French and Spanish, has been appointed as the assistant district attorney to head up the program. The executive director of the immigration-focused non-profit organization Long Island Wins, Maryann Sinclair Slutsky, said that the organization is encouraged to see steps being taken to recognize the value that the immigrant populace of Nassau brings to the community and to be more inclusive.