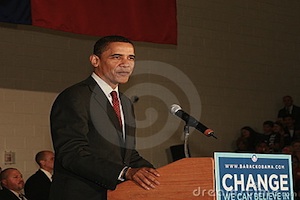 President Obama says he still intends to take action on immigration reform via executive action unless Congress takes action itself, despite the catastrophic losses suffered by the Democrats in Tuesday’s midterm elections. The elections saw the Republican party not only consolidating its power in the House of Representatives but also seizing control of the formerly Democrat-ruled Senate.

The president has been attempting to reform the immigration system in the United States since he was first elected six years ago, back in 2008, but his efforts have come to a crushing halt in Congress thanks to lawmakers in the Republican party. Even though the Republicans are now in charge of both the House of Representatives and the Senate, Obama says the White House will still not wait much longer for the new Congress to take action.

The president told reporters in the White House yesterday that he would personally authorize a bill for comprehensive immigration reform to force lawmakers in the Senate and the House to come up with a solution of their own. “If in fact the Republican leadership wants to see an immigration bill passed, they now have the capacity to pass it,” Obama stated, but vowed that he would still follow through on his promise to use executive action on immigration reform before the end of 2014 if Congress continues to do nothing.

“I have no doubt there will be some Republicans who are angered or frustrated by any executive action that I may take,” Obama admits, adding that the prospect should be an incentive for the Republicans to get something done.