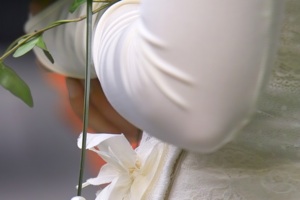 President Barrack Obama was criticized in the January of this year for a proposal that would assist the spouses of US citizens who are undocumented to gain legal status in the US without having to first be punished for their behavior, the Tucson Sentinel says.

Republican members of Congress in the late 1990s believed that steps needed to be taken in order to further dissuade illegal immigration to the United States, with increasing numbers of illegal immigrants who were entering the country unlawfully, overstaying visitor visas, and marrying US citizens in order to be able to stay in the country.  To this end the Illegal Immigration Reform and Immigrant Responsibility Act of 1996 was proposed by Lamar Smith, House of Representatives Chairman, which made it a mandate that undocumented spouses of US citizens should be exiled for a couple of years prior to being allowed to come to the US legally.

Obama was accused of underlying this law with his proposal, but that is not the case, according to his administration.  The proposed benefits would not be applicable to those who have previous offenses, including people who have illegally crossed the border on multiple occasions.

“The proposal will not change existing laws,” says the US Citizenship and Immigration Services Director, Alejandro Mayorkas.  “The (proposed) process would allow these individuals to have their waiver applications processed in the United States and receive a provisional waiver determination before they complete the visa process at a consulate outside the United States.”