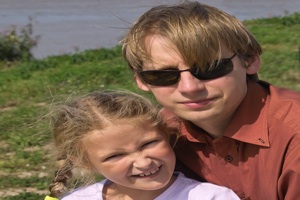 Around 30 immigrant advocacy groups are demanding the introduction of a new law that would allow people who deportation separated from their loved ones to be reunited with their families. Colorlines claims that over 200,000 people who are the parents of children who are now legal citizens of the United States have been deported in the course of just two years, with around 23 percent of all deportations happening to the parents of US children. This occurs because parents often tend to cross the border illegally and then have children in the US, which automatically grants those children US citizenship.

In the November 2011, Colorlines discovered that around 5,100 children were put in foster care instead of being reunited with their deported or detained parents. In the first few months of 2011 alone, 46,000 parents were deported, the US Department of Homeland Security says.

With immigration reform a hot topic in the US at the moment, advocates are urging officials to help to reunite families who have been torn apart by current immigration laws. “We are in a crisis situation in which we need to start taking action immediately to prevent these needless and often-times permanent separation of American children from their families,” says California advocate Lucille Roybal-Allard. “We have to make sure all children are protected.”

Roybal-Allard will be reintroducing the bill called the Help Separated Families Act, which would prevent states from being able to eliminate the rights of parents.