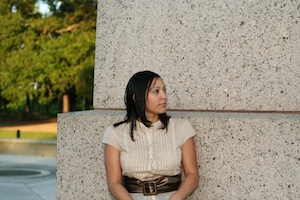 Over 500 people from a collective of women’s groups rallied at the Capitol on Monday to amplify the voices of women immigrants and to show that those voices are vital to any policy about immigration reform in the United States.  Congress is being asked by advocates not to forget that female immigrants are often vital contributors to the US economy.  Advocates also want to advance policies that would defend women and families while supporting healthy families for the sake of building strong communities.

A full and historic hearing of the Senate Judicial Committee, which was presided over by Senator Mazie Hirono, was held on how comprehensive immigration reform policy ought to address the needs of women and families.  The hearing room was packed with advocates so that they could offer support for immigration reform that advances the cause of women and families.  The hearing even overflowed into a separate room where people could view the hearing on live television.

The rally and the hearing have been the highlights of the national effort known as ‘March for Immigrant Women: A Month of Action for Citizenship, Families and Justice’ aimed at elevating voices that are in support of US immigration reform.

“We need to ensure that our immigration system continues to allow immigrant women to build strong families and strong communities,” Hirono says.  “Immigration reform should make the family immigration system stronger, not weaker.  We cannot stand by and let a broken system keep families separated.”