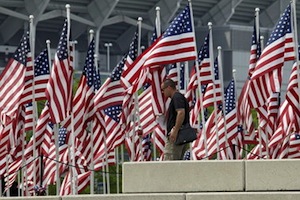 Yesterday Senator Lindsey Graham made the announcement that he would be running for the position of Republican presidential nominee for the 2016 election. Unlike most of his fellow candidates, Graham has spent a lot of time and energy trying to get legislation for immigration reform through Congress.

Although Graham’s campaign appears to be focused primarily on national security issues, he has undertaken bipartisan work to try to move forward with immigration reform. This attitude makes him stand out from the Republican crowd; however, this could be a problem for the party’s extreme conservative wing. Graham was one of the Gang of Eight that negotiated the comprehensive immigration reform bill passed by the Senate two years ago back in 2013, only to see it stall in the House of Representatives.

Graham’s support for immigration reform is a “sharp contrast to the rest of the GOP field”, notes Alliance for Citizenship executive director Lupe Lopez. He added: “Senator Graham is among the few Republicans who consistently supports immigration reform, going as far as warning his own party of the consequences of blocking a permanent fix to our nation’s broken immigration system.”Graham was opposed to the executive action taken by President Obama on immigration reform late last year, however, with this attitude drawing criticism from an organization that supports undocumented youth, United We Dream. The managing director of the group, Cristina Jimenez, says that the immigrant community “expects any presidential candidate to support deferred action and to make concrete commitments to expanding protections to millions more, without waiting for congressional gridlock to finally lift immigration.”