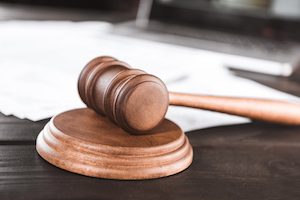 Quotas for immigration judges have apparently been set for the first time by the Department of Justice (DOJ), which will require them to have a certain amount of cases closed per year.

On Monday, the Wall Street Journal reported that judges were notified late last week by the DOJ that their performance will be evaluated on the rate at which they close immigration judges, in a move intended to speed up the process and cut down on the enormous backlog of immigration court cases. Judges will now be expected to complete as many as 700 immigration cases per annum and have less than 15 percent of their rulings returned by higher courts, according to the Journal.

Several other requirements were also issued, which pertain to the quick completion of cases following a hearing date. The Journal says that the new protocol will come into effect from 1 October this year. According to many officials, including Attorney General, Jeff Sessions, immigration court delays have also caused a backlog in the processing of immigrants who are due to be deported from the US.

But, the union for immigration judges, as well as immigration attorneys, have complained that the new process could result in cases being rushed at the expense of waiting for all evidence in favor of a defendant to be presented. The immigration courts changes are the latest move from the Trump administration to try and crack down on immigration.