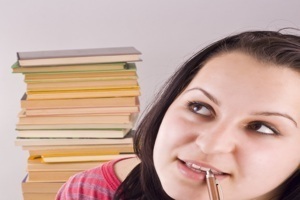 Thousands of largely undocumented immigrants in Illinois are expected to start applying this Thursday for financial aid for college via a privately funded state scholarship program.  Tuition help to attend college and universities in Illinois can be applied for by immigrants due to the Illinois DREAM Fund, created in 2011 by the passing of state legislation.  Fund officials state that students who do not have legal status get special focus.

“Undocumented students are ineligible for federal aid,” says the Associate Director of the minority student outreach program at Illinois Institute of Technology, Tanya Cabrera, who is also the head of the fund.  “We’re not covering everything, but we are giving students a large sum to help them minimize their financial burden.”

So far the fund has been able to raise as much as $500,000 in private donations.  Those immigrant students who attend a two-year college can apply for $2,000 scholarships while those who are attending a four year institution are eligible to apply for as much as $4,000.

Although a number of states have in recent years tightened illegal immigration regulations, Illinois continues to institute policies that make it one of the most immigrant-friendly in the whole of the United States.  The college scholarship fund attracted little in the way of opposition, with top leaders in the state backing it.  The Mayor of Chicago, Rahm Emanuel, has also praised the fund, saying it encourages students to “pursue their education regardless of their legal status.”