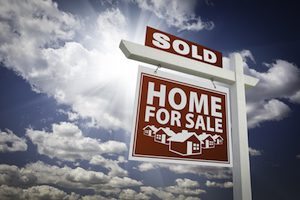 The purchases by foreigners of residential real estate in the US has increased to its highest level in both the dollar volume and the number of homes being sold. $153 billion in US real estate was closed by foreign buyers between April 2016 and March this year. This is a jump of 49 percent from the corresponding period in the previous year, the National Association of Realtors revealed.

The figure is higher than the previous record, set in 2015, and follows a retreat the previous year. It is an unexpected development, considering the current strength of the US dollar against the majority of overseas currencies, making housing in the US even more expensive. It seems that the increasingly expensive nature of such purchases is offset by the value of having such a financial safe haven.

10 percent of existing home sales were foreign sales in dollar values, as well as five percent in property numbers. Foreign buyers bought a total of 284,455 homes, a rise of 32 percent on the year before.

Buyers from Mexico almost doubled their home purchases in dollar volume. They seem undeterred by the harsh rhetoric against immigrants from the Trump administration. Adam DeSanctis, the economic issues media manager at The National Association of Realtors, said some could argue that the increase may have been caused by an urge to buy before the new immigration policies are in place.