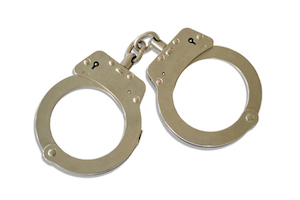 The Senate Judiciary Committee (SJC), which is controlled by the Republican Party, is split over the issue of harsh mandatory sentences being given to undocumented immigrants who return to the United States after being deported. This division could torpedo the party’s efforts to introduce tough new legislation following the murder of Kate Steinle in San Francisco by an undocumented immigrant last month, according to Politico.

Texas senator and Republican presidential nomination candidate Ted Cruz, who is a member of the SJC, wants ‘Kate’s Law’ to be introduced, which would see a minimum mandatory prison sentence of five years imposed on those who try to illegally enter the United States again after deportation. Alabama Senator Jeff Sessions, who is well known for his stance against illegal immigration, and Iowa’s Chuck Grassley, who is the chairman of the SJC, both agree with Cruz; however, the likes of Arizona Senator Jeff Flake and Utah Senator Mike Lee do not.

Flake and Lee are both reluctant to see mandatory minimum sentences imposed for specific crimes in general and are particularly leery about the idea of imposing them on undocumented immigrants, The Republicans only have a slim majority on the committee and, given that the Democrats are unlikely to agree, the bill seems doomed to fail.

A number of anti-immigration bills have been presented since the murder of Steinle provoked national outrage and brought many issues into the mainstream, including sanctuary cities that offer undocumented immigrants a safe haven by refusing to enforce immigration laws set by the federal government.