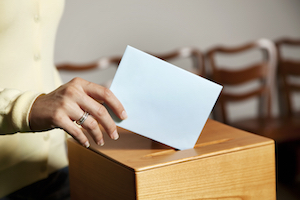 Bernie Sanders, a presidential nomination candidate for the Democratic Party, is attempting to expand his liberal coalition by increasing his appeal to minority voters. This is a potentially crucial demographic given the part it played in twice elevating President Obama to the White House in 2008 and 2012.

Sanders is largely unknown to black and Latino voters, with the latter having a strong interest in US immigration reform. He is the senator representing the state of Vermont, which has a predominantly white demographic. This is an obvious problem that Sanders needs to fix if he wants to make a successful run at the White House, and over the next few weeks he is intending to make stops in Houston and Phoenix, and at the Louisiana meeting of the Southern Christian Leadership Conference, to introduce himself to these minority voters.

On Monday Sanders spoke to hundreds of Latino activists at the National Council of La Raza national conference. “I want to talk about the stain of racism in this country,” he declared. “America becomes a greater nation, a stronger nation, when we stand together as one people and in a very loud and clear voice, we say ‘no’ to all forms of racism and bigotry.”

Sanders’ comments seem to be a deliberate attempt to change the tone from his initial campaign, which made little move to increase his profile among minorities. This move could be crucial if he is to stand any chance of becoming a threat to the dominant primary Democratic presidential nomination lead, Hillary Clinton, who has focused on criminal justice and immigration policies.