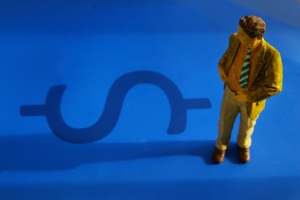 The average household income for the children of immigrants who were actually born in the United States is $58,100, a noticeable improvement over the $45,800 generated by their parents and almost as high as the average income of $58,200 for most adults in the United States, the Pew Research Center has reported.

With President Barack Obama and Congress considering a major overhaul of US immigration laws that could offer a path to USA citizenship for many of the 11 million undocumented immigrants who are currently living in the United States, the economics of such a scheme has become a crucial part of the debate surrounding the issue.

Some, such as Republican Lamar Smith, claim that legalizing so many undocumented immigrants would cost “taxpayers millions of dollars” because of the government services and benefits they will become entitled to access as soon as they become US citizens and legal permanent residents.  Others, however, including the President, believe that adding these people to the tax rolls of the nation will allow them to be able to start their own businesses and the benefits of their improvement in access to higher education will end up only being a bonus to the US economy.

The Pew report claims that immigrants will be at the centre of the working age population of the US in years to come.