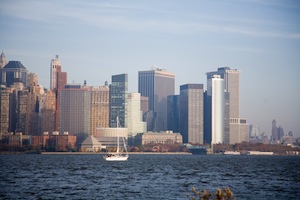 On 11 March, St Clare’s Church, situated in Great Kills on Staten Island, saw around 100 people gather in order to support immigration reform together with the assistance of mayoral candidate and City Council Speaker Christine Quinn.

A highly diverse group of Staten Island residents met at the forum to organize a march for immigration reform, which will take place in Washington DC on 10 April.  A number of the attendees gave their personal accounts of their individual experiences with both threatened and actual deportation.  The Staten Island Advance, a local online newspaper, claims that around 17 million families in the United States have at least one undocumented member.

“By passing the New York State Dream Act and allowing undocumented immigrant students, who satisfy certain conditions, to be eligible for state tuition assistance and educational opportunity programs, New York State can show leadership on immigration,” Quinn, who sent one of her representatives to the forum, says.  “In doing so, thousands of future doctors, lawyers, entrepreneurs and teachers throughout New York will be able to access higher education and contribute to our city and state.”

New York has played a key part in passing critical legislation in previous years, and Representative Charles Schumer is among the ‘Gang of Eight’ bi-partisan group of senators that are currently constructing a proposal for immigration reform.  Officials from Long Island, Staten Island’s neighbor, are also calling for reform in order to help keep families together and boost the economy.