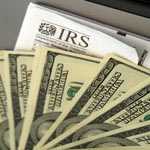 The Foreign Account Tax Compliance Act is set to be implemented, and wealth-management companies say that the legislation could have an impact on the economy. The law, also known as FATCA, is designed to ensure that US citizens cannot conceal taxable money in overseas bank accounts. However, the measure is controversial, and many overseas banks have already reported turning away business because of the measure.

The Foreign Account Tax Compliance Act will be phased in starting in early 2013. The law, passed in 2010, requires overseas financial institutions to gather and report information about US clients, including information about interest payments and income. The law is intended to help the US avoid tax evasion. US citizens are required to pay taxes to the US, even if they live outside the US. However, US authorities believe that many US citizens avoid having to pay these taxes by living overseas and by having non-US bank accounts. The new measure is intended to close the gap.

However, banks report not opening accounts for US clients because they do not want to follow the strict record keeping that will be required under FATCA. As well, many financial institutions are upset about the higher compliance costs and associated costs for US-citizen accounts. US citizens abroad are upset with the measure, saying it is making it harder for them to do banking and take care of financial transactions abroad. Many banks have publicly stated that they will scale back the services offered to US customers due to the rule changes, which are challenging for banks to implement. According to many banks, the business generated from Asia and Europe will more than make up for having to turn away some American clients, but the move will mean bad news for US clients.

Some fund management companies also claim the law will mean that US investors will have fewer overseas investment opportunities. Even the Institute of International Bankers and the European Banking Federation has stated that the rules issues by FATCA and the U.S. Internal Revenue Service (IRS) mean higher costs and more work. The proposed rules issued by the IRS alone measure 400 pages. While the IRS cannot do away with the law entirely, the agency has stated that it will consider amending how the law is enforced and implemented.

Supporters of the FATCA say that the law is necessary to help prevent the wealthy from hiding assets and money overseas. According to the IRS and other agency, tax evasion costs the country revenues which are necessary for a host of programs and government work. In addition, supporters say that the new law will help encourage bank transparency, which will help tackle a wide variety of crimes.