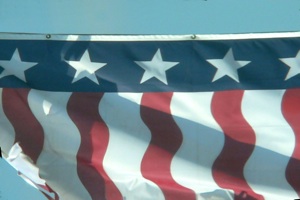 The Republican Party has recently released a report that came from their Growth and Opportunity Project that describes the party as being caught between two different factions, one of which is the gubernatorial wing that is successful and growing while the other, the federal wing, is becoming increasingly marginalized and warns that the Party will find it tough to win any future elections unless it makes changes.

National polls show that the great majority of US citizens do not believe that the Republican Party cares about them, a perception that the report says is doing major damage to the Party and those who represent it, particularly at the federal level.  The comments made by Mitt Romney during his bid for Presidency, where his snide remark that 47% of Americans “depend on the government” resulted in a major backlash.

The report also notes that “America looks different,” pointing out that the white vote is decreasing, while the amount of young people, Asian Americans, African Americans and Latinos who vote for Republican candidates is also shrinking, with President Obama’s re-election last year being in large part due to the support of the Latino community over his immigration policies.

The recommendations of the report are for the Republican Party to adopt socially inclusive policies and to support comprehensive USA immigration reform.  The 2002 election of George W Bush – despite losing the popular vote – resulted in two trillion dollar wars and massive tax cuts for the rich, with policies that led to increased national debt and enormous federal budget deficits.  The last two Republican Presidential candidates have been rejected by voters.