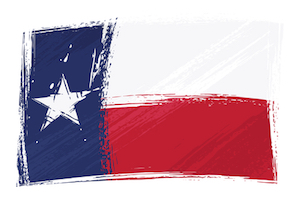 Donald Trump, the controversial Republican presidential candidate, has continued his fight against the immigration policies being pursued by the White House. At a campaign stop in the state of Texas on Thursday, Trump reiterated his desire to see much stricter border controls on the southern border of the United States.

Trump’s decision to stop in Texas reflects the billionaire real estate mogul’s belief that the Latino vote could be crucial in electing him to the White House in November next year. Despite the controversy and criticism surrounding his candidacy and perceived anti-immigrant stance, Trump says he employs a large number of Latinos and that there is no good reason for the Republican Party not to attract a large number of votes from this demographic.

Many Latinos in the Texan town of Laredo seemed unimpressed by his visit, with a number appearing with anti-Trump signs at his Thursday rally and a local Border Patrol union belatedly backing out of giving him a tour of the border after pressure from critics. Despite the backlash, recent polls show that Trump has a massive lead over other would-be presidential candidates in the Republican Party, with a Washington Post and ABC poll showing him with a 24% approval rating from registered Republican voters. His closest rivals ‒ the governor of Wisconsin Scott Walker and Jeb Bush, the former Florida governor ‒ scored just 12% and 13% respectively.

Trump also took the time to mock potential Democratic Presidential candidate Hillary Clinton, saying that he would easily beat “the worst secretary of state in the history of our country”.