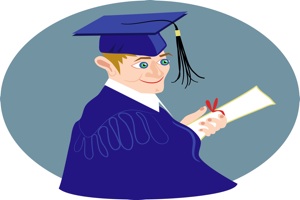 The Berkeley campus of the University of California last week announced that $1 million has been given by a private foundation in order to fund scholarships for undocumented immigrants.  These scholarships are to be given to around 200 students who are ineligible for government grants, loans or work-study positions, according to the school.

A private family foundation known as the Evelyn and Walter Haas Jr fund provided the scholarship grant and is the biggest scholarship for illegal immigrants that has ever been given to a university in the United States.

“These motivated, hardworking and inspiring students are an asset to our state and our country,” says Ira Hirschfield, the President of the fund.  “Now that it’s legal to do so in California, we encourage other foundations and private donors to consider providing funding to help undocumented students achieve their potential.”

The America immigration wars have seen leniency be granted to young people who were illegally brought into the country as children by the Obama administration, even as various states have attempted to crack down on undocumented immigrants in their borders, turning education into a battleground.

In 2011 a bill referred to as the California Dream Act was signed into law in California that enabled illegal immigrants to access privately funded scholarships in order for them to be able to attend the public colleges and universities in the state so long as they have attended at least three years of high school there.