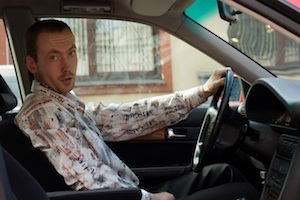 “This is a victory for the community,” says plaintiff Carla Chavarria. “It will change many lives for the better. Personally, I will be able to run my business more effectively and no longer have to rely on public transportation. We will be able to contribute to our state without any boundaries.” The state policy, which was ordered by the governor of Arizona, Jan Brewer, back in 2012 after the creation of the Deferred Action for Childhood Arrivals program by President Obama, was challenged by a number of plaintiffs, including Arizona Dream Act Coalition president Dulce Matuz.

The program allows undocumented immigrants brought to the United States as children to stay and work in the country. Arizona and Nebraska are the only states to deny Dreamers the right to obtain a driver’s license, a policy that many see as nothing but blatant discrimination and a violation of the constitution.

There is a large population of undocumented immigrants in Arizona, including over 23,000 Dreamers. Brewer has insisted that these immigrants have no legal rights because Obama’s policy is itself illegal.