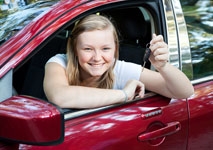 Undocumented immigrants will soon start to be issued with driver’s licenses in California in a significant move to legalize over one million individuals living in the state. Staffing levels at the California Department of Motor Vehicles have already been increased to cope with the expected influx of applicants when the law comes into effect today.

Appointments have already been made by tens of thousands of undocumented immigrants looking to obtain a driver’s license, with a total of 1.4 million applications expected over the course of the next three years. The AB60 law will make roads safer and bring undocumented immigrants out of the shadows of society, according to its supporters.

The law will certainly make an enormous difference to the everyday life of undocumented immigrants in California. “It’s exciting, certainly historic, and a great thing for California,” says Democratic assemblyman Eduardo Garcia, who is the representative for Coachella Valley. “Having properly trained, tested, licensed and insured drivers on our roads is not only important, it’s a priority.” Equally excited about the change are auto insurance companies, who will now be able to tap into a whole new market.

Driver’s licenses have also been granted to undocumented immigrants in nine other states, including Colorado, Illinois and Nevada; however, the demand for the licenses in California is likely to exceed all the others put together. The licenses are marked differently to those issued to legal residents and individuals with US citizenship.