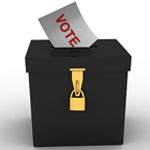 Voter ID laws have been introduced since 2011 and now that we are in an election year the controversy surrounding the legislation is really heating up. The laws make it necessary for people in many states to present election officials with photo ID on Election Day. However, many experts note that some people in the US do not have legal documents or the money to get a photo ID. According to some experts, the elderly, the very young, minorities, and women are most likely to be negatively affected by the ID laws. For example, 93-year-old Viviette Applewhite, who marched during the civil rights movement, has voted in every election since 1960 but would not be eligible to vote in the current election due to the Pennsylvania voter ID law.

While many people have a photo ID, a surprising number of Americans do not. The Brennan Center for Justice reports that 15% of Americans who earn less $35 000 annually do not have government-issued photo IDs. In addition, 25% of African Americans have this type of ID. The same source finds that only 66% of married women have citizenship proof with their current name and only 48% of women have a birth certificate with their current married name. Some reports indicate that by election day this year, there will be 30 or more states with some form of voter ID laws and experts predict that this will mean that up to 11% of eligible voters will not be able to cast a ballot due to these laws.

Many people note that current voter ID laws are similar to past laws which subtly prevented people from voting. For example, after the civil war literacy tests were put in place for voters, ostensibly to preserve the integrity of elections. What these tests really did, according to historians, was to keep newly-enfranchised former slaves as well as immigrants from casting their vote.

Experts also note that the new voter ID laws may discourage voters by making the voting process complicated. For example, the Voter Identification Education Guide issued by the Philadelphia Delegation of the Pennsylvania House of Representatives, presumably to help voters, is 112 pages long and is complicated enough to possibly discourage some voters. According to some, the length of the guide shows that the voting process is being made more bureaucratic and complex, making it harder to vote.