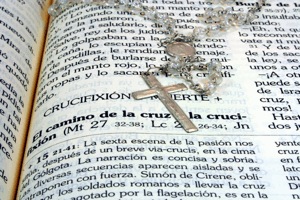 The United States’ treatment of immigrants is a violation of both the ethical and the biblical norms required of God by his people according to speakers at a conference on the ethics of immigration, which was held on the 2nd November at the Catholic Theological Union in Chicago.

The conference, “An Ethical Perspective on the Accompaniment of Immigrants: A Faith Response,” took place against a backdrop of around 400,000 deportations per annum, at a time when fewer illegal immigrants are coming into the United States from across the border.  The great majority of those deported are not criminals either, with their deportation causing a great degree of suffering for their children and families, many of whom are citizens of the United States.

“To oppress the alien is no less than a betrayal of faith” says Jesuit Father William O’Neill, who is also an associate professor of social ethics at Berkeley’s Jesuit School of Theology, and offered the keynote talk: “And You Welcomed Me.”  “It is apostasy.  Hospitality is the measure of righteousness and justice…  Hospitality is at the very heart of Christian discipleship.  It is not offered to kith and kind, but to those whose only quality is vulnerability and need.”

As O’Neill notes, that philosophy is more than just a little at odds with an immigration system where over 11,000 unaccompanied children have been detained instead of being reunited with their families.  Even children who were born in the United States but whose parents were undocumented immigrants face steep odds.