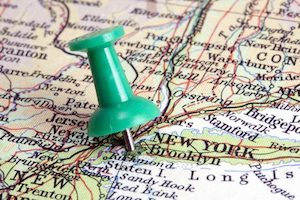 Advocates of immigration reform who live in New York City have been working hard to assist the young immigrants who live in the city to be able to remain in the United States legally. The group is posting fliers all around the city written in Korean, Mandarin, Hindi, Spanish, and Haitian-Creole, which provide information about how they can obtain temporary residency and get work permits by putting in an application for deferred action status.

The aim of the initiative is to encourage more young immigrants to put in applications to gain the status of deferred action for childhood arrivals because it means that if they entered the United States when they are a minor they are protected from being deported.

Under deferred action status, undocumented young immigrants are also able to obtain a work permit and a Social Security card, although they need to make sure that they renew their status every two years. Gaining deferred action status does not put them on a pathway to US citizenship, however, but it does allow them to get a driver’s license and to legally work in the United States.

It is nearly two years since the Deferred Action for Childhood Arrivals Act was put in place and there are still around 500,000 individuals in the country who have not applied but would qualify for the status. Over 520,000 young immigrants are about to renew their status, with almost 27,000 of them currently living in New York.