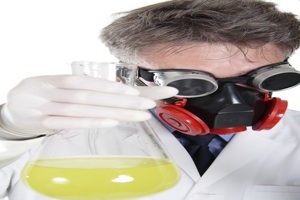 A bill designed to create a permanent US visas program for overseas workers who have advanced science and technical degrees was able to clear the House of Representatives last Friday, in what is the most recent salvo in the larger fight brewing over immigration reform.

The measure, which was backed by the Republican Party, proposes the reservation of 55,000 permanent resident visas for overseas graduates of universities in the United States who have doctoral and master’s degrees in what are referred to as the STEM disciplines – science, technology, engineering and mathematics.

A number of Democrats have argued that the plan is unfair, pitting low-skilled immigrants against those with a higher level of education in the fight for visas, given that the new law would eliminate an already existing program known as the green card lottery that currently provides visas to 55,000 people from nations that have a lower rate of immigration.

Some Democrats, including President Barack Obama, are opposed to the Republican bill because it moves forward with a very narrow measure rather than focusing attention on a more comprehensive reform of immigration in the United States.

The Democrats are pushing for a large immigration overhaul, emboldened by the support they received in the recent election from Hispanics and other minorities.