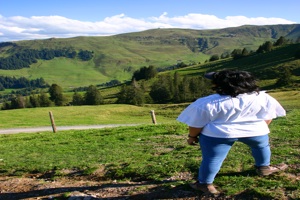 Indian natives visited the United States in record numbers in 2011, the Economic Times says, a statistic that has pushed the Obama administration to make certain people exempt from having to attend personal interviews in the midst of the US visas process thanks to the Interview Waiver Program.

The record of no less than 66,000 Indian native visitors is actually expected to rise to over a million within the next two years.  The US Department of State has implemented the Interview Waiver program due to the rise in travel plus the welcoming nature of Americans and the strong relationship between the two nations.

The United States is actually one of the top destinations in the entire world for conferences, exhibitions, incentives and meetings due to the abundance of amenities that can be found close to convention centers, including restaurants, shops, tours and travel options.  “Travel and tourism to the US is an important way for us to expand our cultural and commercial ties and increase trade with countries,” says the US ambassador to India, Nancy Powell.  “But (the) most important aspect of travel and tourism is not dollar figures, but the person to person relationships that are cultivated.”

On the 14th January consular staff in India announced that H-1B visas plus other US visas in the H category will now be given out at a much higher rate.  The primary category applied for by Indian natives is the H-1B visa, which is given to highly skilled graduates in the fields of mathematics, engineering, science and technology.