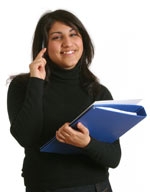 As tensions between Iran and many nations escalate, the US and many countries are enforcing sanctions against Iran. One of the latest moves by the US is HR 1905: Iran Sanctions, Accountability, and Human Rights Act of 2012, a bill that was signed into law in early August of this year. According to the National Iranian American Council (NIAC), the bill is harmful. The law bans Iranian students seeking student visas in the US in order to study nuclear energy and related fields at US colleges and universities.

According to critics such as the NIAC, the bill is possibly in violation of human rights standards. Originally, the bill prevented Iranian students from studying engineering in the US in any form. After concerns were raised by NIAC and other groups, this provision was changed, but the final bill is still a cause of concern to some.

According to the NIAC, the bill does not prevent Iran from developing nuclear power and does not support democracy or human rights in that country. In fact, some critics of HR 1905 point out that the new law is in direct contradiction to President Barack Obama’s aim of helping and reaching out to young students. In May of 2011, US Secretary of State Hillary Clinton offered less restrictive visa rules and support for Iranian students. At the time, eligibility of multiple-entry visas was also promised. Some critics note that the new law is an about-face on these statements.

HR 1905: Iran Sanctions, Accountability, and Human Rights Act of 2012 bans any Iranian citizen who “seeks to enter the United States to participate in coursework at an institution of higher education to prepare the alien for a career in the energy sector of Iran or in nuclear science or nuclear engineering or a related field.” According to the bill, a visa would automatically be denied to any such student seeking to enter the US.

Critics of the bill have questioned how Iranian students seeking visas will be assessed. The language of the bill suggests that a student’s future career options will be considered when making a decision about a visa. However, many students are not sure where they will work after graduation, making visa applications potentially challenging. As well, there is no indication which types of “related fields” will also make Iranian students ineligible for a visa under the new rules. The NIAC has asked the US State Department to clarify these issues.

In Iran, the Iranian government is reportedly trying to persuade students to study in Iran rather than going overseas for an education. At the same time, there seems to be an increased interest among Iranian students to study topics related to nuclear energy. According to Iranian Minister of Science, Research and Technology Kamran Daneshjou, after the assassination of professors in the field of nuclear science last year, 1300 students in Iran have applied to switch majors to nuclear sciences.