I-360 (Petition for Amerasian, Widow(er), or Special Immigrant) 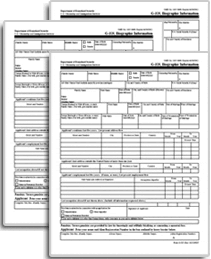 I-360 (Petition for Amerasian, Widow(er), or Special Immigrant)

In some petitions, nationals qualify for specific benefits or for special consideration if they qualify as a Special Immigrant or as a specific type of national. Form I-360 (Petition for Amerasian, Widow(er), or Special Immigrant) should be filed when an immigrant wishes to qualify as a widow/widower, special immigrant, an abused child or spouse of a green card holder or US citizen, an Amerasian, or a special immigrant. For the purposes of this form, a special immigrant is someone who is a religious worker, a canal zone employee working for the government, an employee of the Panama Canal company, International Organization Employee or the family member of such an employee, a doctor, a juvenile court dependant, an Iraq or Afghan national who worked as a translator for the US Armed Forces or who helped the US government, or an armed forces member. If any of these apply to you, you can file I-360.