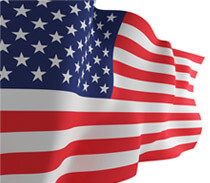 AR-11: To notify USCIS of Change of address.

Accredited Representative: A person who is approved by the Board of Immigration Appeals (the Board) to represent aliens before the Immigration Courts, the BIA and USCIS. He or she must work for a specific nonprofit, religious, charitable, social service, or similar organization. The organization must be authorized by the Board to represent aliens.

Adjustment to Immigrant Status: Procedure allowing certain aliens already in the United States to apply for immigrant status. Aliens admitted to the United States in a nonimmigrant, refugee, or parolee category may have their status changed to that of lawful permanent resident if they are eligible to receive an immigrant visa and one is immediately available. In such cases, the alien is counted as an immigrant as of the date of adjustment, even though the alien may have been in the United States for an extended period of time. Beginning in October 1994, section 245(i) of the INA allowed illegal residents who were eligible for immigrant status to remain in the United States and adjust to permanent resident status by applying at a USCIS office and paying an additional penalty fee. Section 245(i) is no longer available unless the alien is the beneficiary of a petition under section 204 of the Act or of an application for a labor certification under section 212(a)(5)(A), filed on or before April 30, 2001. And, if filed after January 1, 1998, the alien must have been present in the United States on December 21, 2000. Prior to October 1994, most illegal residents were required to leave the United States and acquire a visa abroad from the Department of State as they are again now.

Adopted Decision: A decision of the Administrative Appeals Office (AAO) binding on all USCIS adjudication officers, but not yet published as a precedent decision.

Affidavit: A document in which a person states facts, swearing that the facts are true and accurate. The person (the affiant) must include their full printed name and address, date and place of birth, relationship to the parties, if any, and complete details concerning how the affiant acquired knowledge of the events. The affiant should sign the affidavit under oath and the signature should be witnessed by an official, such as a notary public.

Agricultural Worker: As a nonimmigrant class of admission, an alien coming temporarily to the United States to perform agricultural labor or services, as defined by the Secretary of Labor.

Alien: Any person not a citizen or national of the United States.

Amerasian (Vietnam): Immigrant visas are issued to Amerasians under Public Law 100-202 (Act of 12/22/87), which provides for the admission of aliens born in Vietnam after January 1, 1962, and before January 1, 1976, if the alien was fathered by a U.S. citizen. Spouses, children, and parents or guardians may accompany the alien.

Amerasian Act: Public Law 97-359 (Act of 10/22/82) provides for the immigration to the United States of certain Amerasian children. In order to qualify for benefits under this law, an alien must have been born in Cambodia, Korea, Laos, Thailand, or Vietnam after December 31, 1950, and before October 22, 1982, and have been fathered by a U.S. citizen.

Apprehension: The arrest of a removable alien by U.S. Immigration and Customs Enforcement (ICE). Each apprehension of the same alien in a fiscal year is counted separately.

Asylee: An alien in the United States or at a port of entry who is found to be unable or unwilling to return to his or her country of nationality, or to seek the protection of that country because of persecution or a well-founded fear of persecution. Persecution or the fear thereof must be based on the alien's race, religion, nationality, membership in a particular social group, or political opinion. For persons with no nationality, the country of nationality is considered to be the country in which the alien last habitually resided. Asylees are eligible to adjust to lawful permanent resident status after one year of continuous presence in the United States. These immigrants are limited to 10,000 adjustments per fiscal year.

Attorney of Record: An attorney who has properly filed a Form G-28 in a particular case and is held responsible as an attorney for the respondent.