How Many Immigration Applications Are Filed Each Year? 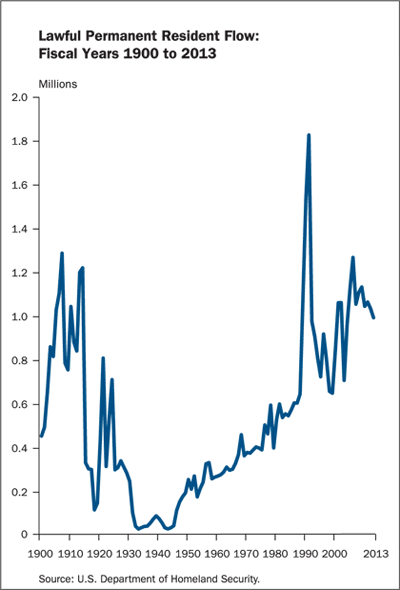 Each year, the USCIS receives and processes about 6 million immigration applications from individuals and employers. Most applicants request one of the following: permission to permanently live in the U.S., permission to temporarily work in the U.S. or naturalization as a U.S. citizen.

Lawful permanent residents (LPRs or "green card holders") have permission to permanently live and work anywhere in the U.S., and they can attend public schools and own property.

The Arizona Republic reported that in November 2012, more than 4.4 million applicants were still waiting for green cards. Of those, 1.3 million were in Mexico. Counting applicants already living in the U.S., experts estimated up to 5.5 million green card applications were pending at the close of 2012.

According to the Department of Homeland Security (DHS), in 2013, the U.S. issued green cards to nearly 1 million applicants. Most of the approved applicants lived in the U.S. when they applied (54 percent) and were allowed to permanently live in the U.S. based on a family relationship with a U.S. citizen or another green card holder (66 percent). The leading countries of birth for new green card holders were Mexico (14 percent), China (7.2 percent) and India (6.9 percent).

Since the year 1820, the U.S. granted slightly more than 1 million applicants permanent residence during each year of the following periods: 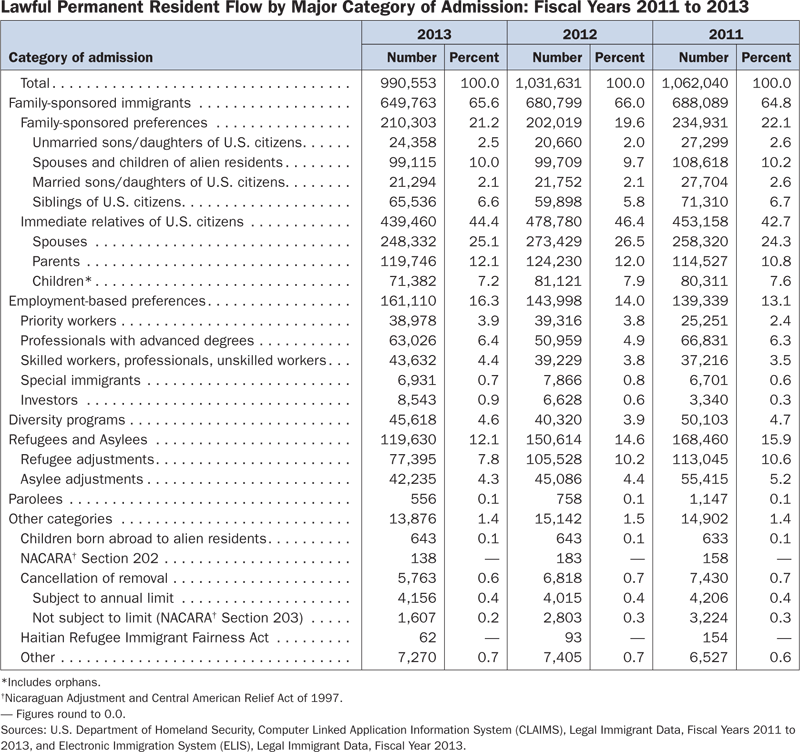 Employment-based visas allow foreign workers to live in the U.S., and the employer usually files the application. 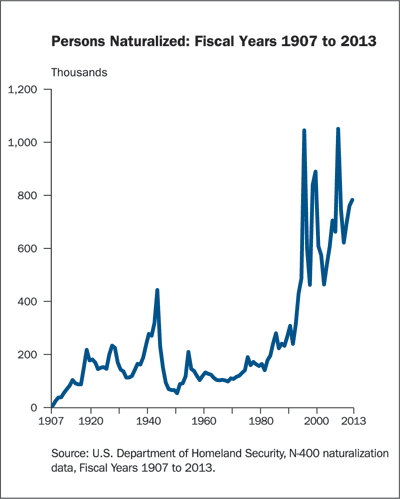 One employment-based visa is the H-1B, which allows foreign workers in "specialty occupations" (math, engineering, law, architecture, advertising, etc.) to temporarily work in the U.S. In 2013, approximately 124,000 H-1B petitions were filed, and 134,000 were filed in 2012. One immigration expert estimated the USCIS will receive at least 160,000 applications in 2014 for the 85,000 available H-1B visas.

An employer can help a foreign worker live permanently in the U.S. by filing an EB-2 visa application on the worker's behalf. The EB-2 is granted to professionals with advanced degrees (or general degrees with at least five years working with increasing responsibility), as well as to professionals with exceptional ability in science, art or business.

Before an employer can apply to the USCIS for any visa on a worker's behalf, the employer must submit their own Labor Certification Application (LCA) to the U.S. Department of Labor. Employers who have filed the most LCA to date in 2014 include the following:

Individuals who are not U.S. citizens by birth can obtain nearly all the same benefits and responsibilities of U.S. citizenship through the process of naturalization. Nearly 780,000 natives of other countries were naturalized as U.S. citizens in 2013. 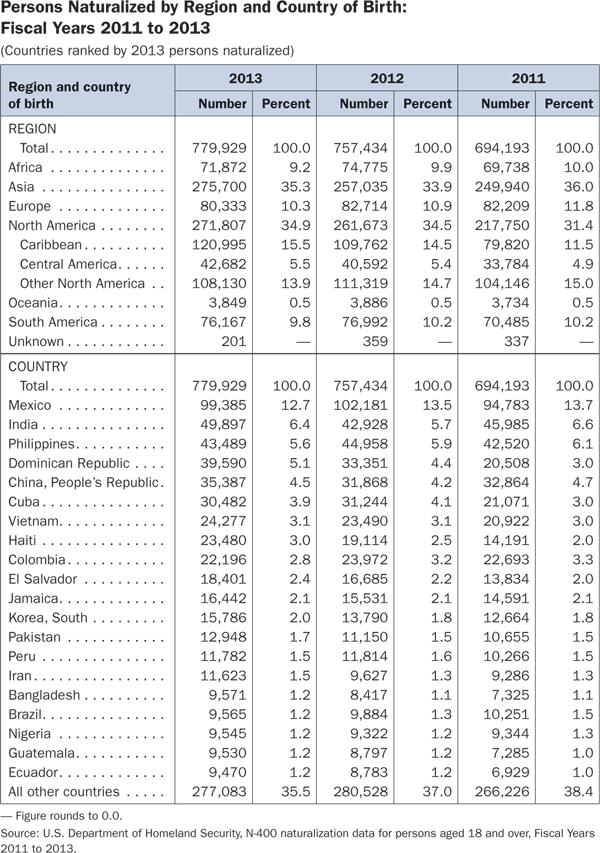