The Naturalization Process and Current Trends in Immigration in the United States: By Petitions Filed and By Region

The naturalization process is one by which foreign nationals obtain U.S. citizenship after fulfilling the requirements established by Congress in the Immigration and Nationality Act (INA). Once foreign-born citizens become U.S. citizens, they enjoy nearly all the same benefits, rights and responsibilities that the Constitution gives to native-born U.S. citizens, including the right to vote. 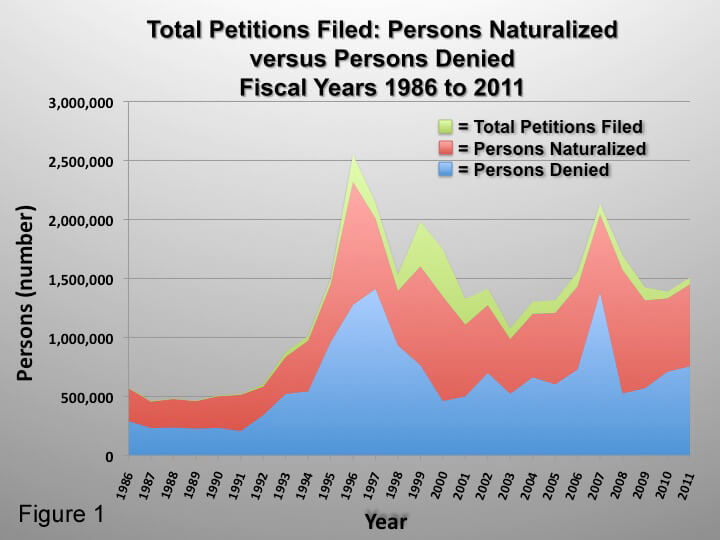 Naturalized Citizens by Region and Leading Countries of Birth 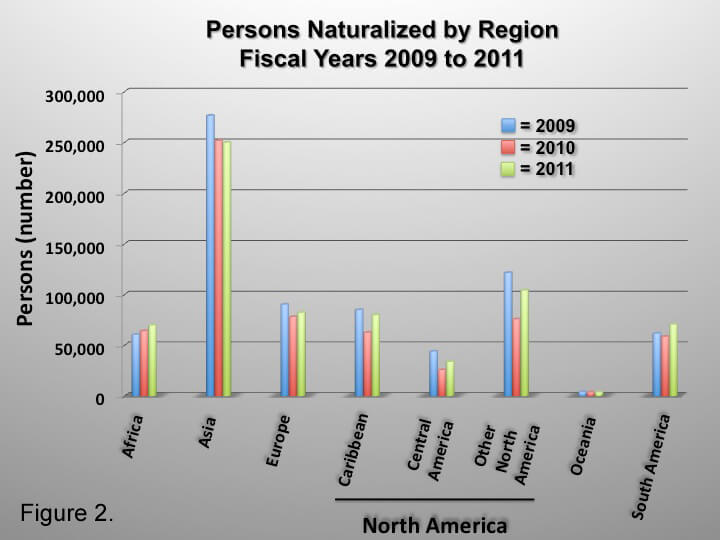 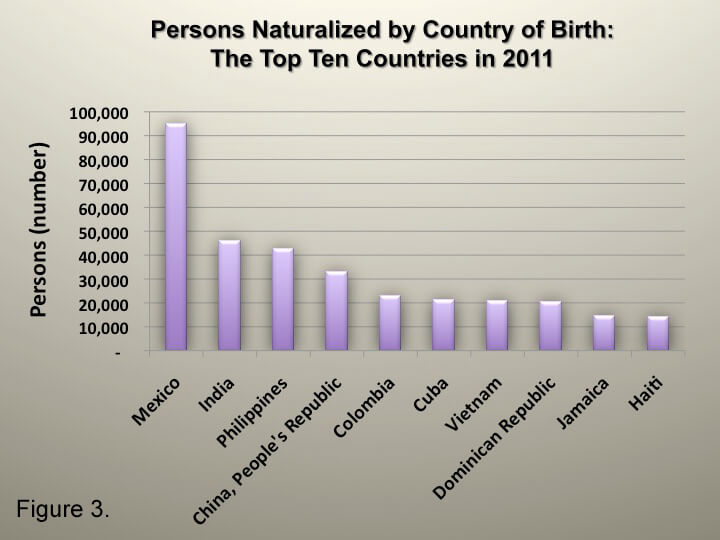