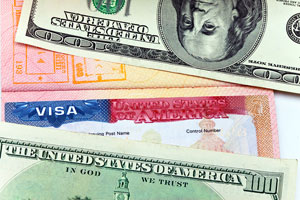 U.S. Department of State (DOS) has announced that the fees for certain immigrant and non-immigrant visa categories have been changed. The fee change will go into effect from today, 12th September, 2014. Those applying for visas must pay whatever fee is in effect on the day they pay their fee. However, immigrant visa applicants must pay the application processing fee that is in effect on the billing date and not the one effective on the payment date, to the National Visa Center (NVC).

Applicants for whom visa interviews have been scheduled on or after 12th December, 2014 and who have already paid their visa fee before 12th September, 2014, will need to pay the difference if the new fee is higher than the fee that they have already paid.

Fees for the following visas and services have been changed.