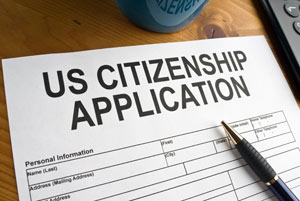 The American Federation of Labor and Congress of Industrial Organizations (AFL-CIO) teamed up with local immigration reform and labor groups to encourage legal permanent residents to apply for U.S. citizenship. The workshop is for legal residents who are eligible for citizenship and undocumented immigrants eligible for deferred action status under the Deferred Action for Childhood Arrivals (DACA) program. The aim of the workshop is to encourage eligible green card holders to apply for U.S. citizenship and help them fill out paperwork.

Individuals who have been green card holders for five years can start the application process for citizenship. However, there are several other requirements that they must meet in order to apply for U.S. citizenship.

Tefere Gebre, the Executive Vice President of AFL-CIO, stated that his group aims at educating immigrants about the benefits of citizenship. Gebre is a naturalized U.S. citizen who emigrated to the U.S. 30 years ago from Ethiopia. He fled war in Ethiopia when he was 14 and arrived in California at the age of 15 as a political refugee. Before he was given an opportunity to get into America as a political refugee, he stayed in a Sudanese refugee camp. After getting into the U.S. as a refugee, he became a legal resident and then a U.S. citizen. This is not just his story but similar to that of millions who call America home. These immigrant stories are what make the country so special.

According to the U.S. Department of Homeland Security (DHS) there were more than 13.3 million legal residents in the U.S. as of 2012. Out of those, 8.8 million were eligible for citizenship. Gebre says that more immigrants who may be more sympathetic to the plight of the undocumented immigrants in the country will need to become U.S. citizens. If such immigrants naturalize and obtain citizenship, they will be able to change the political landscape and help in getting a Congress that will pass immigration reform.