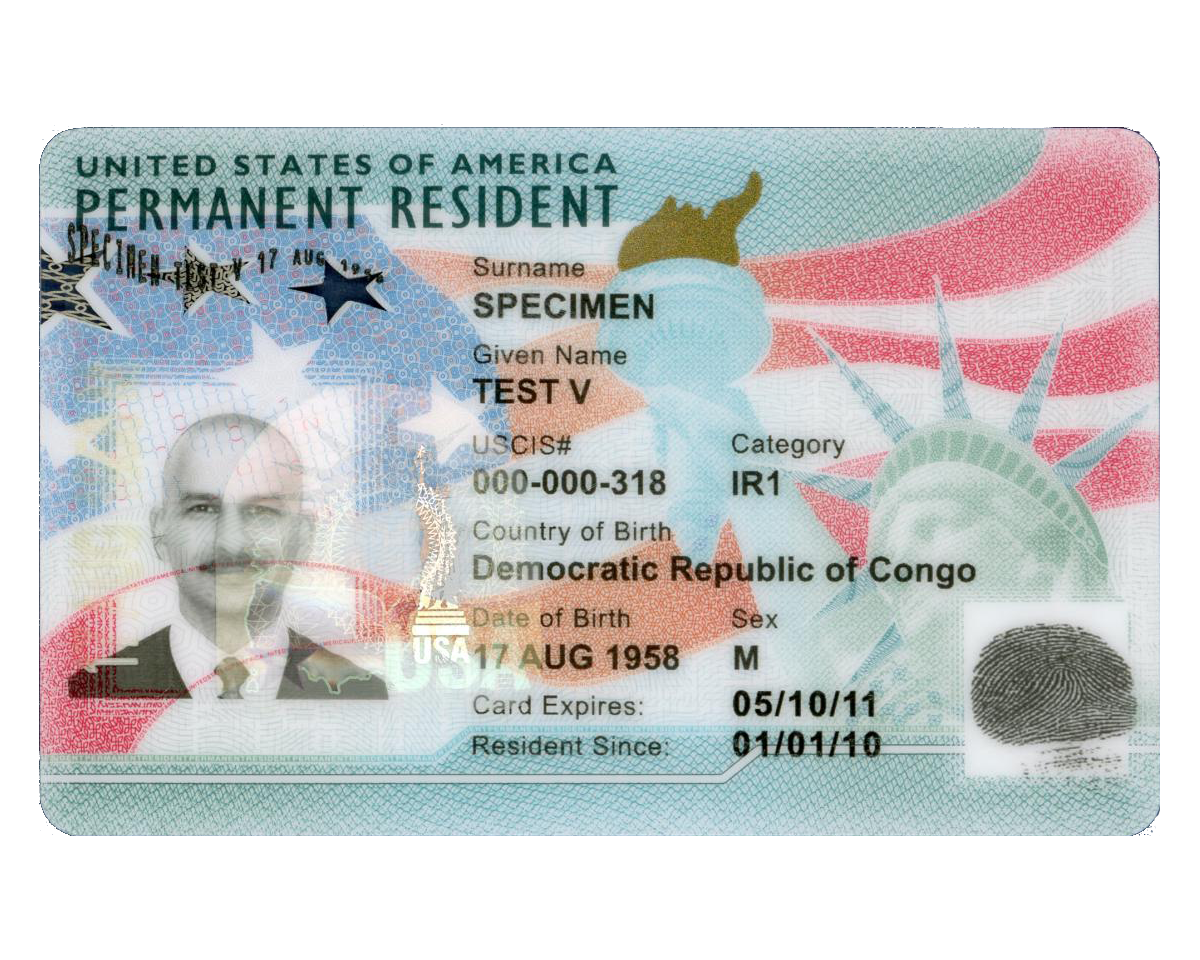 In 2010, the Permanent Resident Card, which is also known as a Green Card, was updated in order to add new security features. The new features are designed to prevent the creation of counterfeit cards, protect the card from tampering and allows easy authentication by authorities.

On the front of the Green Card is biographic information that includes:

The front of the card also indicates the immigrant visa category that was used to admit you into the United States as either a conditional or permanent resident. Also known as the “class of admission,” it is usually one or two letters that are followed by a number. Some Green Cards also include a signature, although USCIS sometimes waives the signature requirement. This may be for underage children or adults who cannot provide a signature. Where the signature would appear, the words “Signature Waived” will appear.

Back of Green Card

The back of the Green Card is more difficult to understand. There are small images of state flags as well as United States presidents that surround the optical stripe. The stripe is used by agencies to swipe the card and gather the information necessary. Below the stripe are characters that look like computer code. The first line of characters indicates whether you are a resident of the United States, Canada or Mexico as well as the issuing country, your A-number, your application receipt number and your immigrant case number. The second line of characters indicates your birthday, gender, expiration date and country of birth. The final row of characters contains your name and your parent’s names.

In 2010, the Green Card was changed to include several security measures. These included:

When the new cards were released in 2010, they also became green again after the card lost its green coloring in 1977. It was at that time the card became known as Form I-551 Resident Alien Card. In 1997, it was renamed the Permanent Resident Card, but the card was still not green. A slight change was made in 2004 when the Department of Homeland Security seal and a detailed hologram were added. Some Green Card holders still carry this card, but all of them will expire in 2020.

The green cards will receive a new design starting May 1, 2017, as part of the Next Generation Secure Identification Document Project, according to the USCIS news release.