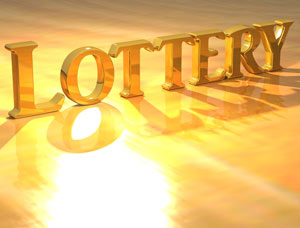 2018 and 2019 DV Lotteries were not canceled. The Green Card lottery program will not be cancelled until the U.S. Congress decides to pass a law to put an end to it. If you wish to enter the lottery this year, you may enter the 2020 Green Card lottery. Registrations for the DV lottery usually begin in the first week of October. There is a possibility that the program will change or may even be eliminated in the future, but the previous attempts to eliminate the program have received little support.

Is the Green Card Lottery Cancelled by Trump?

During his election campaign, President Donald Trump pledged to eliminate the Diversity Immigrant Visa program, also known as the Green Card Lottery. The DV lottery is operated by the State Department. It’s purpose is to diversify the U.S. by issuing 50,000 permanent resident visas each year to individuals in eligible countries who meet the education and work experience criteria. Approximately 14 million people enter the lottery each year.

After the October 31, 2017, incident in New York City where a previous lottery winner from Uzbek killed eight people in a terrorist attack, President Trump tweeted “We are fighting hard for Merit-Based immigration, no more Democrat Lottery Systems. We must get MUCH tougher (and smarter).” Evidence points to the suspect being radicalized after arriving in the U.S.

On November 1, 2017, President Trump stated that he will ask Congress to eliminate the DV Lottery, a program that enjoyed bipartisan support in the past. Critics claim that the President and supporters of ending the lottery are taking advantage of a tragedy. However, President Trump did not cancel the 2019 DV Lottery. Canceling the program is likely to be a long and highly debated process.

To register for the 2020 Electronic Diversity Visa Lottery and for updates on the lottery program, you can keep track of our DV Lottery page.

The US Green Card Lottery and How It Works