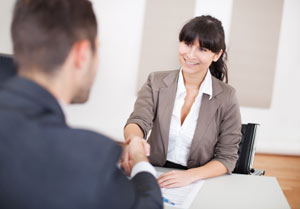 The U.S. citizenship test is considered to be one of the most important steps in the naturalization process. This test features 100 civics questions, out of which to-be U.S. citizens are asked 10 questions. They will fail if they get more than four questions wrong. While the civics test is one important part of the citizenship test and interview, the English test is the other part.

The English portion of the naturalization test is as important as the civics test. The speaking, reading and writing tests are all equally important. A speaking test will not be conducted separately as the interviewer will determine the ability of the applicant to speak in English by the way he or she talks during the interview. But the writing and reading tests will be conducted separately. They will have to read and write one out of three given sentences correctly to get through.

There are many resources online where naturalization applicants can take practice tests. While those practice tests will be multiple choice tests, the actual test will not be so. The interviewer will just ask questions to which the interviewee will need to provide an answer. Questions like, “Why does the U.S. flag have 13 stripes? Why does the flag have 50 stars?” will be asked during the civics test. So it is important to know about U.S. history.

One cannot move on to the next step without passing both the English and the civics tests. U.S. Citizenship and Immigration Services (USCIS) gives the applicants a second chance and allows them to take the test again if they fail the first time. But applicants will need to be ready for the second test between 60 and 90 days from the first test. If they fail again, they will not be given another opportunity to retake the test but they will have to re-apply for naturalization and pay the fee again.

Now that the USCIS has increased the application filing fees for many applications including the U.S. citizenship application, it is wise to prepare well for the test and get through the test in the first attempt. It saves time as well as money.