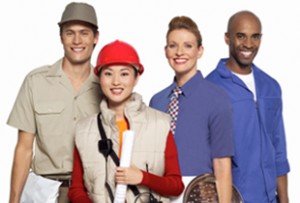 Not only are many foreigners are interested in working in the U.S., the U.S. also welcomes skilled foreign workers. However, foreigners need to obtain permission to work here. There are different employment categories and the requirements for each category are different.

USCIS permits foreign workers to come to the U.S. on temporary non-immigrant work visas. Such workers can come to the U.S. for a specific purpose and work here for a particular period of time.

Prior to hiring foreign workers, U.S. employers need to make sure that the employees who they want to hire are eligible to work in the country. The immigration status of the green card holders, refugees and asylees permits them to legally work in the U.S. They need not get permits to work here.