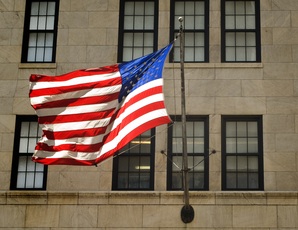 Several hundred immigrants have been released from detention facilities by US Immigration and Customs Enforcement, who pointed out that financial resources have become limited as a result of the fiscal crisis, the Washington Post has reported.  On February 22nd the newspaper revealed that the average immigration court case can take up to as long as 550 days before any decision is reached, resulting in many being held in detention for prolonged periods of time.

Non-permanent legal residents and immigrants have found themselves held in detention in record numbers under the Obama administration, so the news has come as an unexpected and pleasant surprise for immigration activists.  Many of those detained pose no security threat whatsoever.  Alternatives to detention, according to ICE, include telephone monitoring, scheduled check-ins at local ICE offers and electronic ankle bracelet monitoring.

“There are some folks in detention right now who shouldn’t be there,” says the Deputy Director of America’s Voice, Lynn Tramonte.  “We do know that administration has treated driving without a license as if it’s been a heinous crime.  They sometimes detain asylum seekers.  There are other ways to ensure people show up for immigration hearings that are much more cost effective.”

With just a week to go before mandatory cost cuts take place, Janet Napolitano, the Secretary of Homeland Security, says that there will be an impact on the detention policy because there are simply not enough funds to go around to implement the suggested 34,000 beds for detainees.