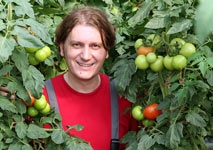 The new immigration policy announced by President Obama is expected to make things worse for the agricultural industry in the Midwest of the United States, it has been revealed. The sector already requires a further 80,000 workers; however, it is likely to lose many workers as a result of Obama’s executive action on immigration reform.

A new study released on Tuesday by the Chicago Council for Global Affairs says that while the president’s actions will save millions of undocumented immigrants from the threat of deportation, it has little to offer to immigrants working in the agricultural industry and may even have an adverse effect on one of the primary sources of agricultural products in the United States ‒ the Midwest’s farming sector.

The report says that there is already a severe lack of agricultural workers in the Midwest, which is highly in need of immigrant workers; however, agricultural laborers are not addressed by the new policies announced by Obama as part of his executive action on immigration reform and many fear that farm workers may move to other industries where it is easier to obtain temporary work visas.

Experts say that a whole new US visas system is needed to enable agricultural workers to stay in the country for extended periods of time. “Even as we celebrate with those who will be eligible for relief, we are disappointed at the limits of the program,” says the president of Farmworker Justice, Bruce Goldstein. “The eligibility criteria will deny administrative relief to many deserving farmworkers and their family members, including many long-time farmworkers who do not have US citizen children.”