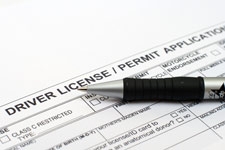 In California Governor Gerry Brown has just announced that a new bill has been signed into law permitting some illegal immigrants to obtain drivers’ licenses. This new law applies to those immigrants who are eligible for work permits as set out in a new administration policy promoted by President Obama. The aim is to let young immigrants ­– notably those who were inadvertently brought to the US and who are abiding by the country’s rules and regulations – drive to work and to school, making the roads safer for everyone.

California has become the first state to implement this part of the policy, which recognizes the unique status of an immigrant who is basically law-abiding, but might have committed minor traffic violations, have sold goods without a permit or been arrested, but not charged, for petty wrongdoing. In a statement by Assemblyman Gil Cedillo (Democrat) the potential for the bill to make roads safer was outlined, and the benefits to young illegal immigrants who “are only asking to be included in and contribute to American society” were emphasized.

A large number of illegal immigrants have been deported from California in the past, despite not having committed a violent or serious crime. As part of the deferred action program, the Department of Motor Vehicles is now obliged to accept evidence of legal residence in whatever form the federal government deems is appropriate. In the same process, another bill was vetoed; this would have prevented the government from deporting illegal immigrants who committed minor violations.