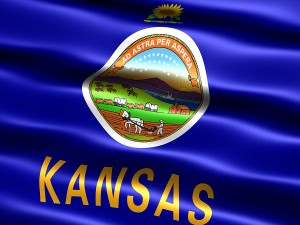 There is little doubt that immigration is vital for the economies of many states, and some business groups in Kansas are forming a coalition to support just that view. The coalition hopes to start a new program to ensure that industries with labor shortages can hire immigrants. The group hopes to create a program that will help some qualified undocumented workers to stay in Kansas to work in agriculture and other industries that desperately need more labor power in order to thrive. According to the coalition, the proposed program would be beneficial for the Kansas economy by providing a labor force to some industries while spending fewer resources on deportation. The business coalition includes the Kansas Chamber of Commerce and agriculture groups.

The move is likely to cause heated debate in Legislature and elsewhere. Some members of the Legislature have argued that Kansas needs to implement harsher laws against undocumented workers, so the new proposals are likely to fly in the face of those suggestions. Others, including Agriculture Secretary Dale Rodman, have suggested that the federal government could provide a waiver so that agricultural businesses could get more employment help. The business coalition has already sent a copy of their suggested legislation changes to The Associated Press and is expected to bring the copy before the House and Senate in the future.

The coalition’s proposal is quite simple: the legislation would provide a pool of eligible undocumented employees. Certain industries could get a certification of a labor shortage from Kansas, making these industries eligible to tap the pool of workers. Kansas would then support those workers in seeking work authorization from the federal government. Under the proposed program, workers would need to have not committed more than one misdemeanor and need to have lived in the US for at least five years to be eligible for the program. According to the proposed program, those undocumented workers who take part would also have to agree to learn English. Businesses who take part in the program would pay a $200 fee for each worker as well as up to $5000 to take part in the program. Money raised in this manner would help pay for needed services, including immunization and language lessons. Employers taking part in the program would also have to comply with follow federal labor standards.

Some legislators have already spoken out against the coalition’s proposals. State Rep. Lance Kinzer, who thinks that the state should be discouraging illegal immigration, believes that the plan would be tantamount to offering “amnesty” for illegal workers who have already chosen to enter or remain in the country against the law.