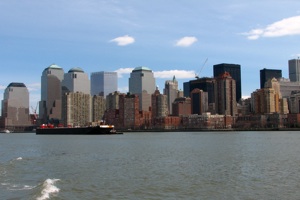 A municipal identification card program is to be launched in New York City to help immigrants who live and work in the city to gain access to vital city services that have not previously been available to them. The card program, which is dubbed IDNYC, is the largest in the United States and will launch next Monday.

The program is aimed at people who do not possess an ID card issued by the US government, including around 500,000 undocumented immigrants who already live and work in the city. The program was created by city council speaker Melissa Mark-Viverito in conjunction with New York City mayor Bill de Blasio.

“It is the key to opening a bank account or getting a library card, and the ticket to many of our city’s finest cultural institutions,” the Democratic mayor says. “More than that, this card represents who we are: New Yorkers who value equality, opportunity and diversity.” Advocates of the program believe that the cards, which have photographs embedded within them, will help immigrants, as well as the homeless and the elderly, to gain state ID cards to enable them to participate more in civic life.

Mark-Viverito says that the commencement of the program will be the day that enables everyone in New York to fully become a part of the city. “It’s more than an ID card, it’s an affirmation,” she claims. “You are a New Yorker.”