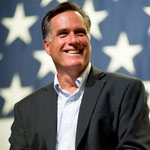 Mitt Romney, the expected GOP presidential candidate, has been known for taking a tough stance on immigration, especially undocumented immigration. While the key issue in the upcoming election is likely to be the economy, however, immigration is also a key issue in the presidential race. This could cause problems for Romney, since polls suggest that President Obama has a 2-1 advantage among Latino voters. Since there are 50 million Latino voters in the US, it is expected that Romney may need to temper his immigration stance in order to win.

Later in June, Romney has scheduled a speech in front of a largely Hispanic audience, and many experts see that speech as a chance for Romney to court that group of voters. The speech to the National Association of Latino Elected and Appointed Officials is slated for June 21 and will likely result in wide-spread media coverage.

Romney has reportedly taken on a Hispanic outreach coordinator and is expected to present a softer immigration stance in his speech. Romney has already criticized Obama and his rivals for going soft on immigration and for not keeping immigration promises.

However, in the past Romney has alienated some Latino voters by claiming that undocumented immigrants should “self deport.” Experts say that Romney is expected to create an immigration reform package now that would appeal to more immigrants and would even include a new type of student visa. To appeal to Hispanic voters, Romney’s team has even introduced a Spanish slogan, “Junto con Romney,” which means “Together with Romney.”

Romney’s father was born in Mexico, so that may give him some advantage. However, Massachusetts, where Romney has so far spent much of his political career, does not have a huge Hispanic population and so far Romney has not been asked to appeal to that population.

Other political representatives have also taken a new stance on immigration. Florida Senator Marco Rubio, who may be a vice presidential hopeful, for example, has traditionally taken a tough stance on immigration but has recently suggested visa solutions for undocumented immigrants. That is, Rubio has suggested that rather than starting undocumented immigrants on the route to citizenship, as the proposed DREAM Act would do, children of undocumented immigrants could be given visas that allow them to stay in the US to live and work, without being granted amnesty. Some experts believe that Romney may suggest similar immigration reforms – ones that do not offer amnesty but which do make changes to the current system.