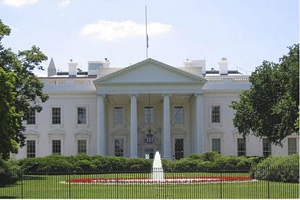 The White House is contemplating a quick overturn of the court ruling blocking President Obama’s executive action on immigration reform. This comes in the midst of growing fears that potential applicants will be scared off by a prolonged battle, which may also provide the Republican Party with more time to drum up political support to oppose the plan.

Texas district judge Andrew Hanen’s decision late on Monday to block Obama’s executive action is seen in Washington as nothing more than a temporary setback and the White House is determined to take the fight to the higher courts. “At the end of the day, we expect to prevail and we expect this will be a successful process,” Cecelia Munoz, White House adviser, declared on Tuesday. “We are going to appeal. We believe we are on very strong legal footing.”

Challenging the ruling could ‒ even if successful ‒ take months, however, and the Department of Homeland Security has already been forced to postpone the expansion of the Deferred Action for Childhood Arrivals plan, which would have freed older undocumented immigrants from the threat of deportation and was set to start this week.

Although the Obama administration may be confident that it will win an appeal against the judge’s ruling, immigration advocates nonetheless worry that continued delays and legal uncertainty will see many eligible immigrants permanently deterred from making an application. Suggestions are already emerging that the Department of Justice may seek a legal stay against Hanen’s injunction to limit the power of his ruling.