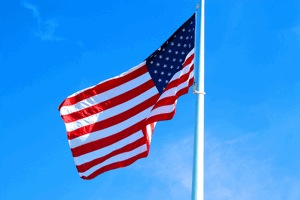 The idea of temporary work US visas ‒ when originally designed by Congress ‒ was to bring in overseas workers who possessed difficult-to-find, specialized skills that would create jobs in American firms, allowing them to expand and the US economy to grow. In practice, however, it appears that some firms are using workers on H1-B visas to take jobs away from American workers and out of the United States altogether.

Federal guidelines force employers to sign a declaration that Americans’ working conditions and pay will not be adversely affected by the use of the visas; however, in recent years consulting and global outsourcing firms have used thousands of these temporary US visas to bring in workers from overseas who take over jobs formerly occupied by Americans.

Investigations have been opened by the Labor Department into a number of incidents, including at the Walt Disney Corporation and Southern California Edison, and four Disney workers have filed discrimination complaints. Now Toys R Us has begun replacing workers, forcing employees to spend their last months of work training their immigrant replacements who then return to their own countries and perform their jobs from there. This scenario is also starting to be played out at the New York Life Insurance Co and a number of other businesses. Jobs being taken away from American workers include back-office administration and accounting. This flies in the face of the stated purpose of H1-B visas, which are supposed to be used to hire foreign workers when it is difficult to find Americans with the required skills.