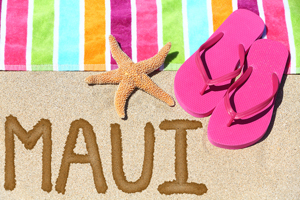 Maui, Hawaii: Maui, the second largest Hawaiian island that has more than 80 beaches, is a place to surf and windsurf. This island is famous for its airy resorts and pristine beaches. Kiteboarding, snorkelling and windsurfing are the most popular water activities of Maui. Maui remains a top destination for visitors and, as many locals famously say ‘Maui no ka oi’ that means ‘Maui is the best’, Maui is really the best.

Washington D.C.: There is so much to do and see in our nation’s capital, Washington D.C., that the visitors cannot do it all in just one visit. There are a lot of memorable and exciting places, like the Smithsonian museum, the U.S. Capitol Building, Georgetown, the White House and the U.S. Supreme Court, to visit. The National Zoo, in the heart of Washington D.C., is another must see.

San Francisco, California: There is a lot to do in California’s fourth-largest city, San Francisco. One of the largest industries of the city is tourism. This glorious city of the hills contains some of the most notable landmarks of California like the Golden Gate Bridge and Alcatraz. Another eccentric place to visit in this city is Haight-Ashbury, the hippie haven that was once home to a number of psychedelic rock performers.

The Yellowstone National Park is a favorite to millions of visitors from around the world. It was established in 1872 and is the world’s first national park. Grizzly and black bears, buffalo, gray wolves, elk, trumpeter swans, pronghorn antelope and eagles are some of the park’s legendary wildlife. Old Faithful Geyser and Mammoth Hot Springs are the most famous of the parks geysers and hot springs.

New York City: New York City, the largest city of the U.S., is home to a number of world’s most recognizable landmarks. It has a rich history and is also one of the world’s top culinary destinations. New York City has the most diverse food culture as it has been influenced by the immigrants who settled there. The must-see list for visitors includes the Times Square, the Statue of Liberty, the Metropolitan Museum of Art and the Museum of Modern Art

San Diego, California: San Diego, the second most-populous city in California, has some of the nicest beaches. People visiting the town must not miss out the world-famous San Diego Zoo that has a collection of more than 20 koalas. Sea World, Legoland California Resort, Gaslamp Quarter, Old Town State Historic Park and La Jolla Shores are San Diego’s other most popular tourist attractions.

Yosemite National Park, California: The Yosemite National Park is situated in the heart of the Sierra Nevada range and offers great year-round activities to visitors. It was designated as a World Heritage Site in 1984. The park is surrounded by national forest lands on all sides. Outdoor activities offered by the park include rock climbing and bird watching. Animal life is plentiful in the park and visitors can spot various amphibians and large mammals like mule deers, black bears, mountain lions, coyotes and small mammals like various squirrels, chipmunks, and bats.

Honolulu, Hawaii: Honolulu, the largest city and capital of Hawaii is a legendary surfing destination. The Diamond Head volcanic cone and the world-famous Waikiki Beach are two places that every visitor to Honolulu must see. The USS Arizona Memorial located at Pearl Harbor draws more than a million visitors from all over the world and is another must see destination.

Orlando, Florida: The sixth largest city in Florida, Orlando is home to the world famous Walt Disney World Resort and several other theme parks. The city is one of the top tourist destinations in the world.  Walt Disney World, SeaWorld Orlando, Universal Orlando and Busch Gardens are some of the principal tourist attractions of Orlando. Legoland Florida and the Wizarding World of Harry Potter at Universal Orlando are theme parks that kids would love to visit.

United States Virgin Islands: The U.S. Virgin Islands, America’s Paradise, is made up of St. Croix, St. John and St. Thomas, the three main islands. It was only in the 1900s that tourists started to experience the beauty, warmth and relaxation offered by the Virgin Islands. Restaurants and islands popped up and this drew the attention of immigrants from neighboring islands. They flocked to the Virgin Islands for work and the population of the island is now made up of immigrants from all over the Caribbean. Popular activities of the island include sailing, water skiing, scuba and skin diving.