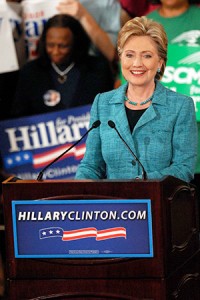 According to the Pew Research Center, Hilary Clinton is the presidential candidate who has garnered the support of many Latino voters. 58 percent of Hispanic voters support Clinton while just 20 percent and 13 percent of them back Donald Trump and the Libertarian Party nominee Gary Johnson respectively.

Bilingual or Spanish dominant voters make up around 57 percent of registered Latino voters. Among these voters, Clinton holds an 80%-11% lead. However, out of the 43 percent of English dominant Latino voters, 48 percent back Clinton and 41 percent support Trump.

The most important issue for Hispanic voters, just like for the other registered voters, is the economy. Terrorism is the next issue that is very important to most voters. Other issues that they are concerned about include environment, education, immigration and health care. According to Pew Research Center’s National Survey of Latinos, Clinton is seen as better than Trump by more Hispanic voters on many specific issues.

The Latino electorate is expected to comprise of around 27.3 million Hispanics and they will make up 12 percent of all eligible voters. Many Hispanic voters say they follow election news regularly. Around 63 percent these voters seem to be more interested in politics than they were in 2012.

However, the number of Latinos registered to vote is comparatively less than blacks and whites. That is because, many Latinos who have been living in the U.S. legally have still not obtained their U.S. citizenship.